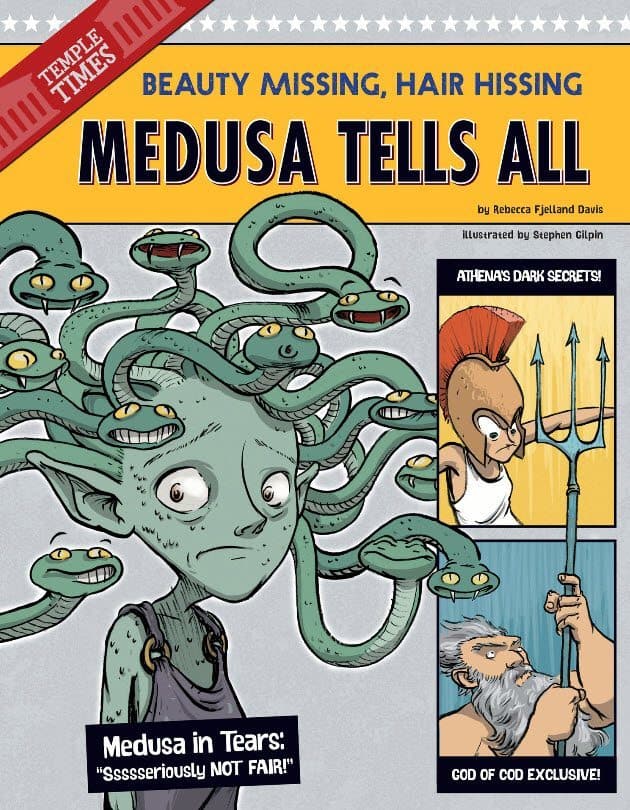 Medusa is one of the most terrifying monsters in Greek mythology, but she wasn’t always that way.

Known for her beauty, particularly her flowing hair, Medusa once served in the temple of the goddess Athena.Unfortunately, Medusa cared only about her own beauty. She was boastful and proud, even claiming she was more beautiful than Athena. One day Poseidon, god of the sea, saw Medusa in the temple and wanted her for his own. When Athena found Medusa in Poseidon’s arms, she cursed her. Now a monster, Medusa fled to the edge of the earth, where she joined her Gorgon sisters and spent her days getting revenge on humankind. Medusa’s ugliness was more powerful than her beauty, capable of turning anyone who met her gaze into stone. Only Perseus, the half-god, half-man son of Zeus, was able to outwit her.

That’s the classic version of the story.
But how would Medusa tell it?

“OF COURSE you think I was disrespectful and incredibly vain, that I deserved to be turned into a monster. You don’t know the other side of the myth. Well, let me tell you …”

Goodreads reviews for Medusa Tells All

Invite Rebecca To Your Next Event