I just finished listening to Educated by Tara Westover. I’m a little slow to find this book after my daughter told me I had to read it. It was on Obama’s summer reading list in 2019. I’ve only recently discovered Obama’s book lists, and have only read a small percentage of his picks yet, but have loved every one.

If you haven’t read  Educated, put it on your list. It’s a memoir that you can’t put down. Tara grew up in a Mormon isolationist family, never went to school until she attended her first college class, with a crazy father and submissive (mostly) mother. The didn’t believe in doctors, public school, or government. It’s completely worth your time. 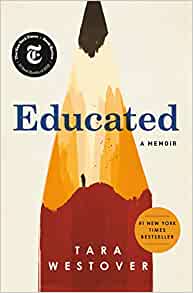 Yesterday, I had a surprise conversation with a retired sociology prof from MSU, Mankato, and learned that she, too, is a mystery lover. She even belongs to a mystery book club, where each month, each member reads a different mystery and gives it a plug at their monthly meetings. Sounds like a fun group.

But we discovered, along with another friend on zoom from California, that we are all Louise Penny fans. I’ve read all 17 of Penny’s Inspector Gamache books, plus her collaboration with Hillary Clinton, State of Terror, which gives a cameo appearance to our friends from Three Pines featured in the Gamache series. I recommend them highly, as I’ve mentioned before. Inspector Gamache is a man I’d love to spend time with. Hands down. I’m waiting for the next book to come out.

I just finished my second Jussi Adler-Olsen crime novel, The Absent one. 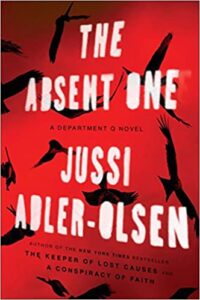 My long-time friend since age three, Bev, who is also a newly-retired teacher of English recommended these to me. I’m hooked. I just ordered the third book in the series, A Conspiracy of Faith, from the local library. Sounds fascinating.

I like to intersperse a few mysteries with something edging toward more literary, so right now I’m reading The Silent Patient. Great so far.