A murder! Grant O’Grady and his buddies smell something while playing baseball…It’s Big Joe’s body hidden in Grant’s best friend’s basement… Who? How? Why? The story unfolds… 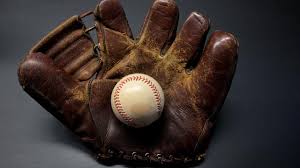 Set in the late 1930s in North Dakota, Slider’s Son is the story of a boy named Grant who wants nothing more than to be a major league pitcher. Grant and his sheriff father discover Big Joe’s murder, and the story that unravels, leading up to the murder, causes all sorts of problems.

Grant and his buddies like to take a few risks. They sneak coal from the coal train passing through town to help heat their families’ homes during the Great Depression. Will they get caught? Or hurt?  One night, they climb the water tower for a thrill. Frank slips…and dangles. Another risky escapade could lead to crushing Grant’s dream of being a pitcher, forever. And who killed Big Joe, after all? Along the way, Grant has to help fight the prejudice of the 1930s toward his best friend (and catcher) who is half Mandan Indian.

This book has been done for a a couple years. It’s the first book I’ve written that my former agent, George Nicholson (RIP, my friend), said he loved.  At the time, George asked me to get some Native people’s endorsement that the book isn’t offensive in the world of Native Literature for young readers. I don’t think we’ll have a problem. I’m not trying to usurp anybody’s voice. I’m not pretending that I know how to write from a Native perspective. I just have a character whose best friend happens to be Native.

In the process of responding to my agent’s request, the Mandan Historic Village in Mitchell, SD, asked if they could keep a manuscript in their archives! YayI guess that’s a stamp of approval.

Grant’s idol is the late great “Rapid Robert” the “Heater from Van Meter” Bob Feller. The Bob Feller Museum in Van Meter Iowa asked me to come do a book event there. I look forward to that day!

FINALLY, this book will be out in the world in 2017, thanks to North Star Press! WhooHOO!! I’ll keep posting as I have more information.